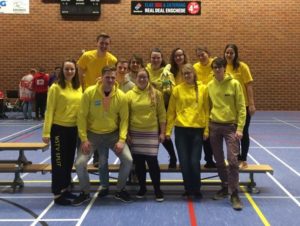 During the afternoon the individual jumping competition took place, since no Splitters joined this competition we had enough time to prepare our party outfits.
Then it was time to eat and go to the party! The theme of the party was Temptation Weiland so we all went as yellow cows. We drank some (yellow) beers at the party and had a lot of fun!
The next morning, after some difficulties getting up, we had breakfast and headed back to Wageningen. It was a great weekend! 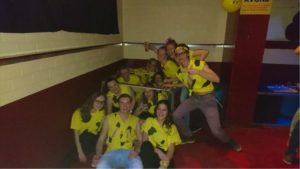